Adventure – An unusual and exciting or daring experience.

When you mention adventure, you intrinsically think about exploring the unknown, diving to the darkest depths of the ocean and conquering Everest, amongst other impressive feats that challenge what was once thought of as impossible. But adventure is a lot more than that.

We are surrounded by endless opportunities for adventure in our day to day lives. The everyday curiosities of finding out where that path goes or the courage to study/work in a new city or country, can also be deemed as adventures in their own right. Adventure is simply an exciting experience and, to me, language learning is one of the greatest adventures of all.

I’ve always wanted to learn a second language and to be able to call myself bilingual. However, like most other native English speakers, I grew up too lazy to learn. What’s the point of learning a foreign language when most countries already speak English?

Having done four years of French at school out of necessity rather than interest, things went in one ear and out the other and seven years on I’ve forgotten all but the basics. The same can be said for my attempts to learn Greek, Polish, Norwegian, Swedish and Japanese, with only the odd words/phrases still memorable. (το όνομά μου είναι Jake, dobranoc, kram, ha en fin dag, O yasumi nasai etc.) Without the passion to learn and the motivation to practice, you’re set to fail. But then, like most stories, I met a girl. A girl who just so happened to be Spanish.

Being a student at the time, I started asking her for translations for student-y words like “drunk” (borracho /borracha) and “rum” (ron). Words turned into phrases like “sleep well sweet dreams” (que descanses y dulces sueños) and, with a want to impress, I soon started teaching myself Spanish in my free time. Using Duolingo I began speaking and understanding basic greetings and sentences and, a year on, I’m now at an intermediate level.

During this time my learning has evolved from only using Duolingo to; listening to Spanish music, utilising Spanish textbooks and reading basic short stories in Spanish. I’ve also tested my skills in Barcelona, where I successfully ordered a Fanta Limon and somehow managed to stumble through a whole conversation in the early hours of the morning at the airport.

Recognising another language opens your eyes to things you might otherwise miss. Knowing a second language gives you access to a limitless number of stories, inspirations and adventures from strangers you otherwise wouldn’t have understood.

❝One language sets you in a corridor for life. Two languages opens every door along the way.❞ ‒ Frank Smith

Thank you for subscribing! 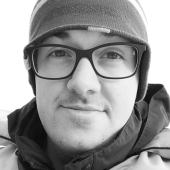 We are surrounded by endless opportunities for adventure. Give in to your curiosities and explore the world around you...

I create content because I enjoy what I do, but I equally enjoy tea...

You have Successfully Subscribed!